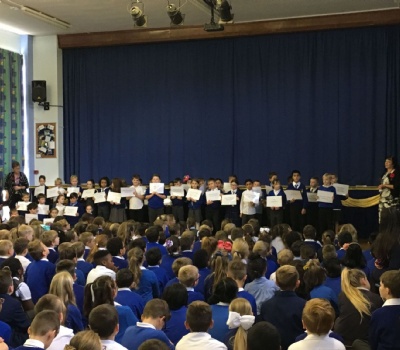 This morning we have had a special Remembrance Day Assembly and completed our two minute silence to remember those members of the armed forces who have died in the line of duty.

Something even more special is that we had some special visitors (Raymond Preston and George Ware) who have come in to share with us names of those who fell during WWI who were from Stanground. The children sat and listened so well, we are very proud of you all.

We were then lucky enough to have Jason Hobson play the bugle to begin and end our two minutes silence.

We thought you, as parents, may also be interested in the names and locations of those on record to live in our local area and maybe even in your own home! We have listed these below for you. Just remember that these are those who are on record andthat there were likely to have been many more.